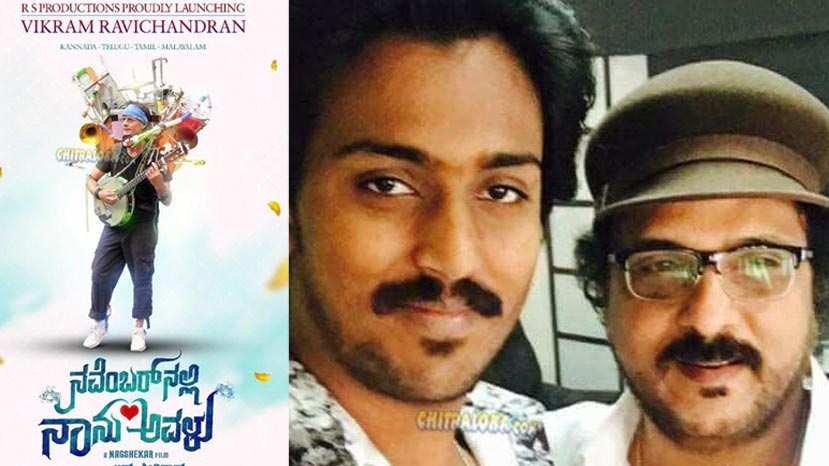 Ravichandran's son Vikram's debut film 'Novembernalli Naan Avalu' is all set to be launched in the month of September. Meanwhile, the teaser and the first look of the film will be released on Vikram's birthday on August 16th. The photo shoot for the film will be held on Monday.

Apart from that, Nagashekhar's regular cameraman Satya Hegade will be the cinematographer of this film, while Arjun Janya is the editor. Sharath Kumar, Suhasini, Sadhu Kokila and others play prominent roles in this film.