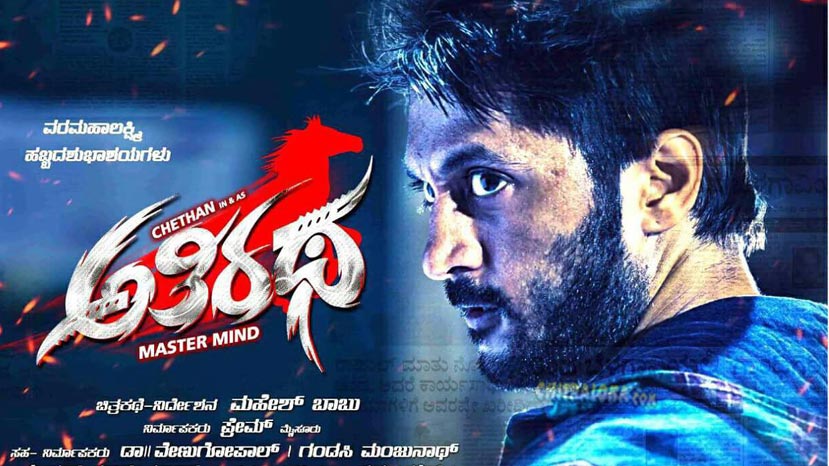 The audio of Athiratha, starring Chetan Ahimsa and directed by Mahesh Babu is releasing on August 15. The guest list is being finalized and based on that the date of the audio launch is being planned.

As of now, the plan is to release it on August 15. Sadhu Kokila's son Suraag is finally making a debut with this film. It was announced twice earlier that Suraag was making his debut but both the times the film projects were dropped. This time however, everything has fallen in place and Suraag's debut is confirmed.

The film has camerawork by Jai Anand. After 60 days of shooting the film's dubbing is in process. Sources say that the film will be released in September but the final date is not yet finalized