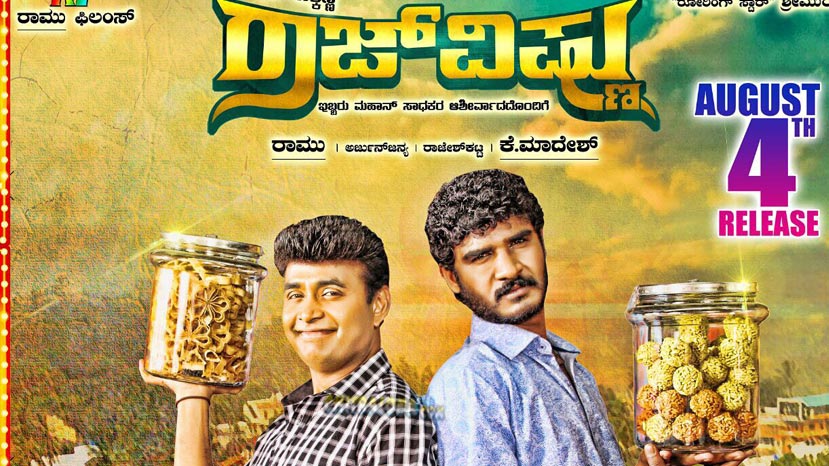 Sharan starrer Raj-Vishnu is releasing this Friday and in a sign of good things to come the film is releasing in Triveni theater in Majestic area. This theater is considered lucky for Sharan. Some of his most successful films as a lead actor were released in this theater including Rambo that launched his lead hero career.

The theater was shut down for sometime recently and did not screen films for several months. Now it is back in business and has been screening mostly Kannada films in the recent months. It is one of the most popular theaters for Kannada films in Gandhinagar.

It is large enough to be the "main theater" but also reasonably priced compared to the few other costlier theaters in the area. Apart from films of Sharan several other Kannada films have had successful runs in Triveni.

Raj-Vishnu To Release On August 4th