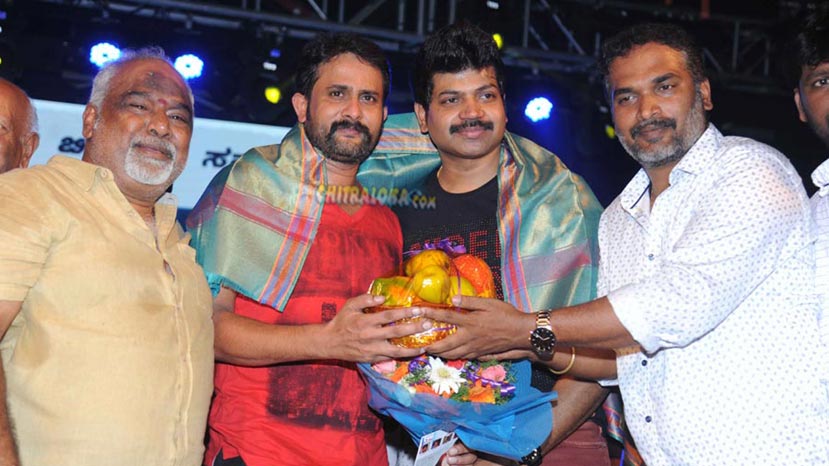 Actor Srinagar Kitty on Tuesday night released the songs of Vinod Prabhakar's new film 'Crack' at the Dr Rajakumar Kalakshetra in Bangalore. Kitty, Vinod, Akanksha, M S Umesh and others were present at the occaison.

'Crack' which has a caption 'Ivande Separate Track' is written and directed by lyricist turned director K Ramanarayan. It was Ramanarayan, who gave a big break to Vinod through 'Tyson'. Now both Ram as well as Vinod is teaming up once again in this film.