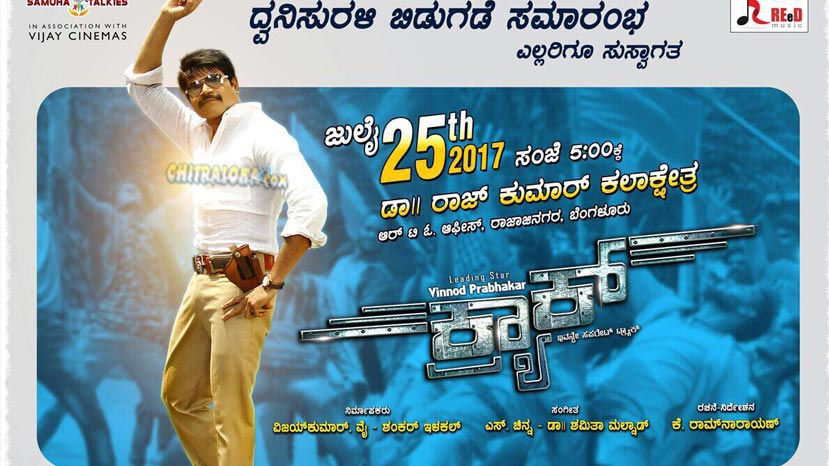 The songs of Vinod Prabhakar starrer 'Crack' is all set to be released tonight at the Dr Rajakumar Kalakshetra in Bangalore. The songs are being composed by Chinna and Dr Shamitha Malnad.

'Crack' is being written and directed by lyricist turned director K Ramanarayan. It was Ramanarayan, who gave a big break to Vinod through 'Tyson'. Now both Ram as well as Vinod is teaming up once again in this film.

Ramnarayan himself has written the story and screenplay apart from directing it. Anand Priya has written the dialogues for the film. Akanksha who starred opposite Vijay in 'RX Suri' is the heroine of the film.