Is Pratham The New Venkat? 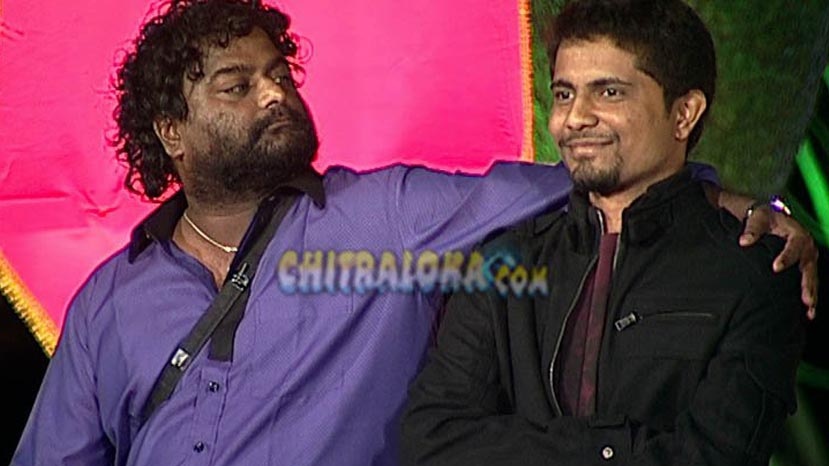 What is happening to Pratham? Has the inevitable publicity bug bit him? Does he need to be in the news by whatever methods possible; good or bad? It seems like he is following in the footsteps of Huchcha Venkat.

Pratham alias Olle Huduga Pratham became big news after he won the Bigg Boss season 4 reality show. After winning the crown Pratham announced that the Rs 50 lakhs prize amount will be utilised for social work and given to army persons. Ofcourse he has spent few lacks on this but nobody knows how much he has spent on charity from the Rs 50 lakhs.

Pratham has the habit of being in the news for the wrong reasons. First he went on a long drive with actress Rishika Singh to Mysuru and then came the dramatic suicide attempt that too on Facebook live. Now he is in the news for having bitten another Bigg Boss contestant and his TV serial co-star Bhuvan. He is now facing charges under IPC 307 and has just got bail from the court after surrendering.

The biting incident is not the end of it. Producer Uday Mehta (wh has earlier produced Bachchan) has clarified that he is not making a film with Pratham. Pratham had announced on his FB page that Mehta is producing a film with him. But Mehta told Chitraloka that Pratham had come to him asking if there are any good scripts to work in a film together. "I had several scripts and one script suited him and I just gave it to him wishing him all the success. But this has become a wrong news stating that I am producing his movie which is all false. Right now I'm in a project but not with Pratham" Uday said.

So why is Pratham behaving like this? It seems that some persons who become popular through reality shows feel insecure when they realise that it is not real. After their 15 minutes of fame they need the publicity boost and resort to all sorts of drama like attempting suicide on Facebook and biting the thigh of co-stars! Just hope that their mental stability is not disturbed.