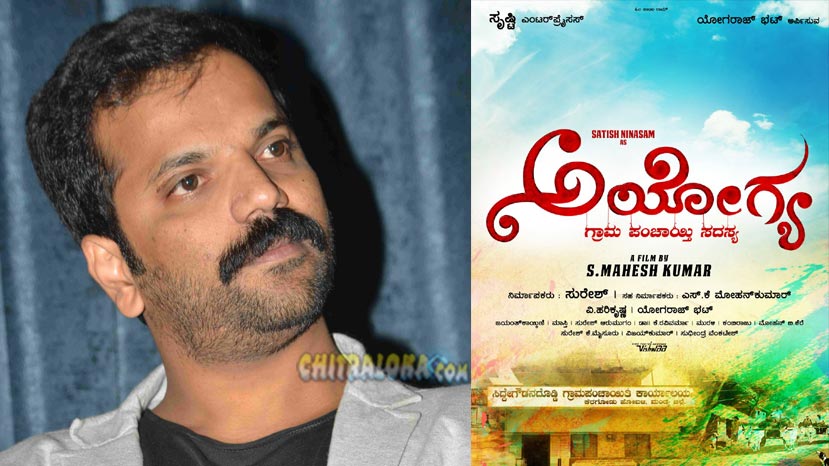 Satish Neenasam who is looking forward for the release of his latest film has silently signed a new film and the film will be going on floors next month. The film has been titled as 'Ayogya' and is being produced by Yogaraj Bhatt's protege S Mahesh Kumar. Suresh is the producer, while S K Mohan Kumar is the executive producer.

Yogaraj Bhatt is writing four songs for this film, while V Harikrishna is the music director. The film stars Satih along with Chikkanna, Saritha, Rangayana Raghu, Ravishankar and others in prominent roles.