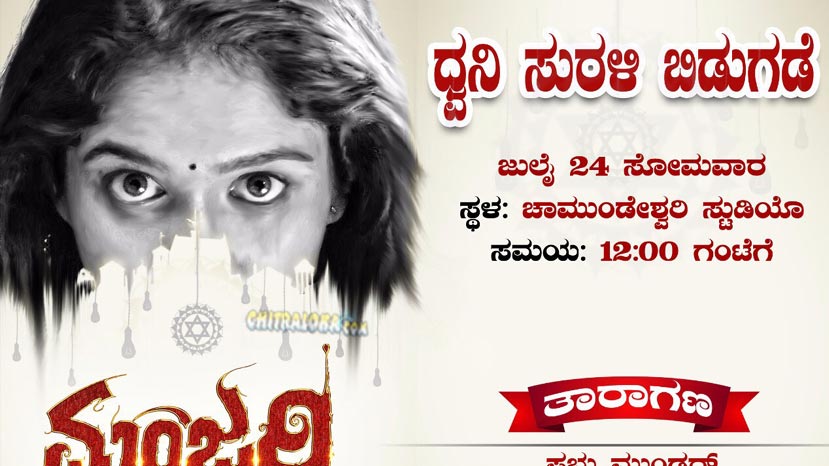 The songs of 'Manjari' being composed by Mathews Manu is all set to be released on 24th July at the Chamundeshwari Studio in Bangalore.

'Manjari' is a horror film being written and directed by Vishruth Nayak who had earlier directed 'Ring Master'. Roopika, Prabhu Mundkar, Vijay Chendur and others play prominent roles in the film.

'Manjari' is being produced Kiran Gowda and Shankar K under Shankar Combines banner.