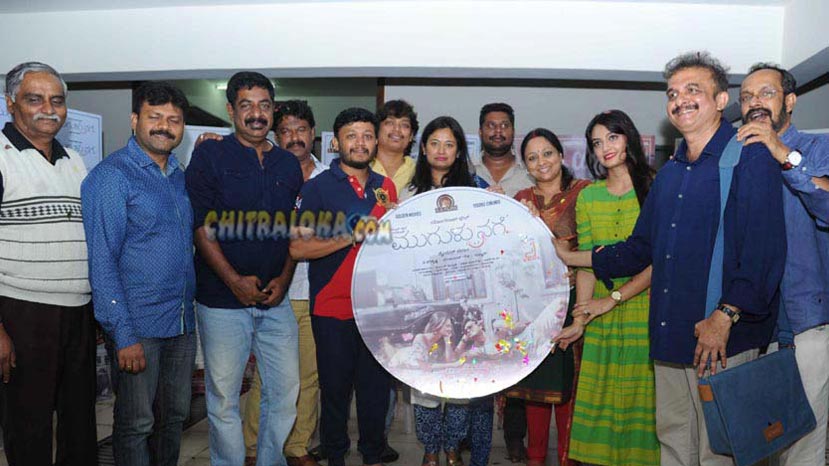 Ganesh's wife and politician Shilpa Ganesh on Wednesday released the second song of 'Mugulu Nage' at her residence in Bangalore.

It was Shilpa Ganesh's birthday on Wednesday and the team of the film released a song called 'Roopasi' from Shilpa Ganesh. Well known lyricist Jayanth Kaikini, director B Suresha and others were present at the occasion.

'Mugulu Nage' has four heroines and Apoorva, 'Nikitha Narayan, Ashitha and Amulya have acted opposite Ganesh in the film. Apart from that Ananth Nag, Rangayana Raghu and others play prominent roles in the film. Yogaraj Bhatt himself has written the story, screenplay and dialogues of 'Mugulunage'.