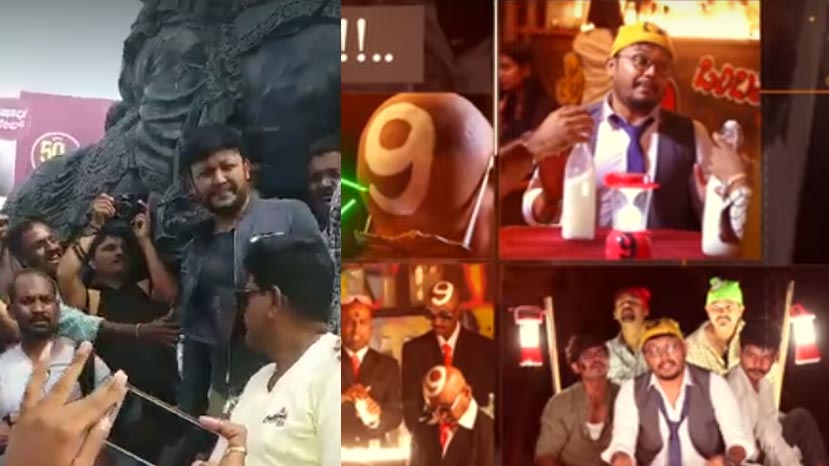 The team of 'Mugulu Nage' has decided to release each song of the film in one town and the first song called 'Hodi Ombatt' was released in Hubli on Monday.

On Monday, the team of 'Mugulu Nage' including Ganesh, director Yogaraj Bhatt, producer Syed Salam travelled to Hubli and released the first song of the film. Later, Ganesh garlanded the Sangolli Rayanna statue.

'Mugulu Nage' has four heroines and Apoorva, 'Nikitha Narayan, Ashitha and Amulya have acted opposite Ganesh in the film. Apart from that Ananth Nag, Rangayana Raghu and others play prominent roles in the film. Yogaraj Bhatt himself has written the story, screenplay and dialogues of 'Mugulunage'.