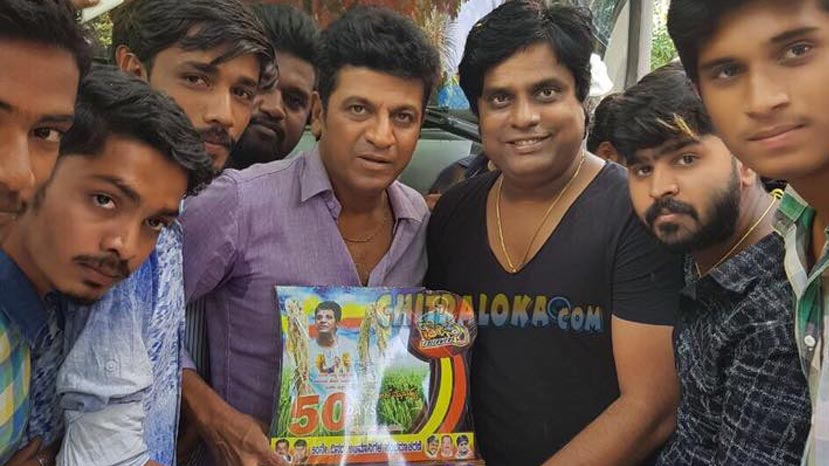 Shivarajakuma starrer 'Bangara - Son of Bangarada Manushya' has completed 50 days successfully and the film will be making way for 'Katha Vichitra' at Triveni theater in Bangalore from Thursday onwards.

The film was not only appreciated by the audience, but has also got profits for the producer. Producer Jayanna had himself announced that he is safe in the second week itself and expecting profits from the third week.

'Bangara - Son of Bangarada Manushya' stars Shivarajakumar, Vidya Pradeep, Sadhu Kokila, Chikkanna, Shivaram, Srinath, Srinivasamurthy, Sharath Lohitashwa and others. The film written and directed by Yogi, while Jayanna and Bhogendra are producing the film under the Jayanna films banner.