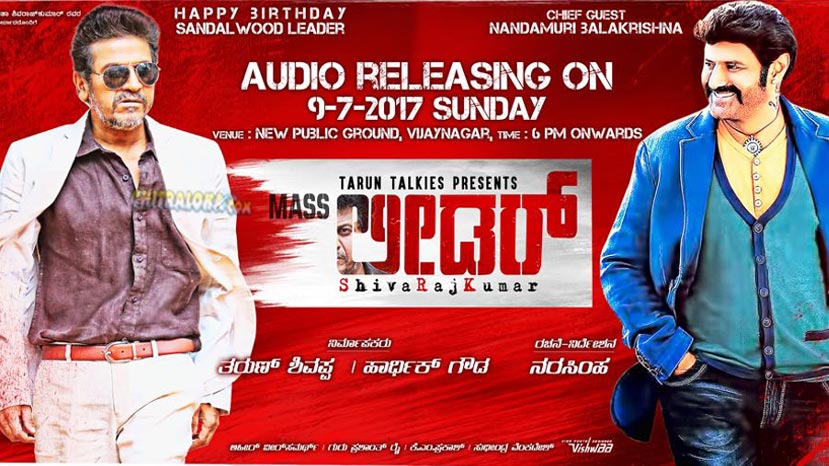 The songs of Shivarajakumar's new film 'Mass Leader' is all set to be released on the 09th of July at Vijayanagar Public Grounds in Bangalore. Well known Telugu hero Nandamuri Balakrishna will be releasing the songs of the film.

'Mass Leader' stars Parinitha Kitti, Praneetha, Ashika and Sharmila Mandre are playing prominent roles in the film. The film is being produced by Tarun Shivappa. Veer Samarth is the music director. Narasimha is the director.