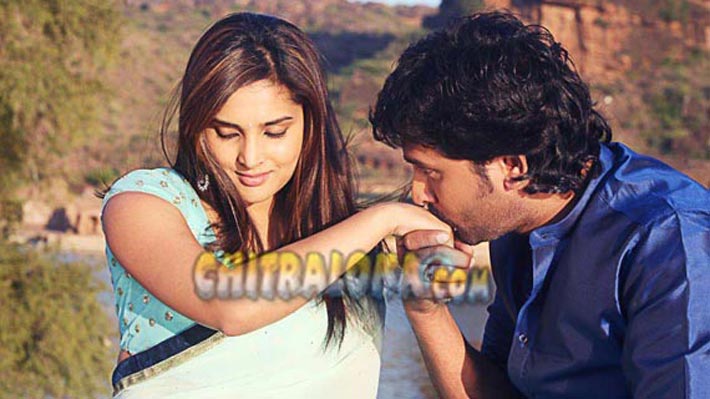 Actor-director Nagashekhar directed Sanju Weds Geetha starring Sreenagara Kitty and Ramya is all set to hit screens on March 18 at Sagar. By that time Upendra directed Super would have completed a 100 day run. Incidentally Super is collecting a share of Rs. 1 to Rs. 2 lacs even in its eleventh week now and in the coming cricket season the trade expects the film to get a slight drop in collections in the coming weeks. Sanju Weds Geetha may not face any problems for its release on March 18, even though there is a speculation in the industry that producer Rockline Venkatesh may not agree to vacate the theatre if the film gets good collections in its 13th and 14th week.

Nagashekhar has confirmed that the film has been censored on 14th February. He wrote this information in his face book page recently.

"SANJU WEDS GEEETHA.. MY FILM" GOT CENSORED N APPRECIATED BY EVERY ONE AND GIVEN U/A without any CUTS... N WILL ANNOUNCE THE RELEASE DATE SOON....SAGAR WILL B THE MAIN THEATRE IN BANGALORE. LOVE U ALL FOR UR SUPPORT."

Meanwhile the audio of the film has been well received and the songs that have been uploaded in the you tube particularly the title song and the Gaganave Baagi have become hugely popular. Jessie Gift's music composition and Kaviraj's lyrics have been widely appreciated. Nagashekhar has complimented the contribution made by these two talented people and has also reiterated that Sadhu Kokila's fantastic work in background music has heightened the quality quotient of the film.

Incidentally, Ramya who is presenting the film has also been promoting the film very well. She has uploaded the title song rendered by Shreya Ghoshal in her facebook page.