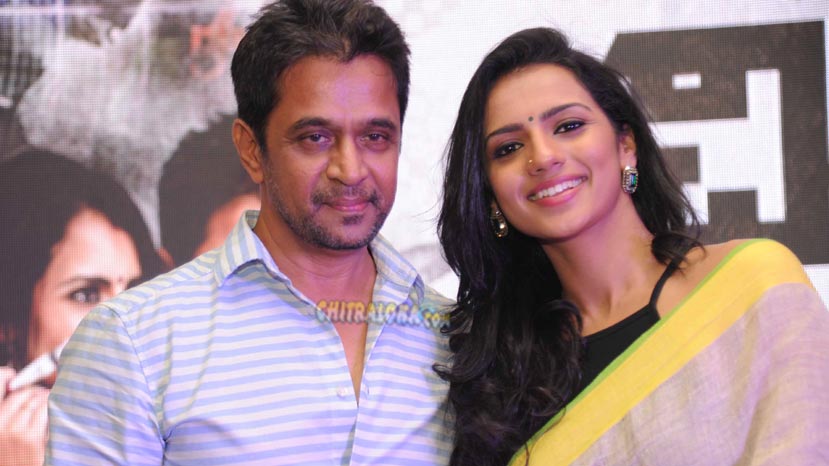 The songs of Arjun Sarja's 150th film 'Vismaya' was released at the Taj West End on Sunday night in Bangalore. Arjun Sarja himself released the songs of the film.

'Vismaya' is being produced by Umesh, Arun Vaidyanathan, Jayaram and others and Arun Vaidyanathan has scripted the film apart from directing it. The film is being simultaneously made in Kannada and Tamil and the music has been composed by Naveen, while Aravind Krishna is the cinematographer.

'Vismaya' stars Arjun Sarja, Shruthi Hariharan, Prasanna, Varalakshmi, Suman, Suhasini, Sudharani and others in prominent roles. The film is all set to release on the 07th of July in Kannada and Tamil simultaneously.