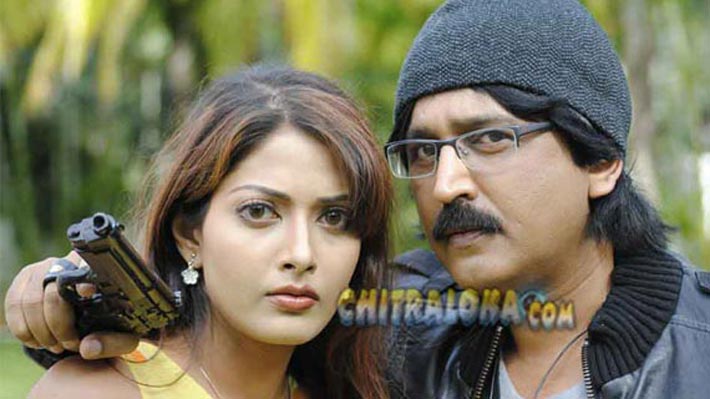 Director HS Rajashekhar directed Shock starring Ramesh Arvind and produced by Amarachandra Jain and his friends has been telecasted in Suvarna Channel on Sunday February 20 evening. This film was released in the month on 5th November 2010 and has hit the small screen just a few days after completing of three months. Everything is perfectly legal because even the Karnataka Film Chamber of Commerce has given a no objection certificate for the telecast.

The producer is happy because even though the film is a Box office disaster in theatres, he has been able to make a small profit from the revenue of television rights itself. The channel is happy because it is telecasting a new film with a well known star like Ramesh three months after its release. The middleman who struck the deal with the producer is happy that he has made a small margin of profits. Ramesh Arvind is happy because he has been able to pocket a sizable remuneration for working in the film for seven to eight days.

But the people who are really interested in the growth and stability of the Kannada film industry. Shock which is the remake of Ram Gopal Varma's Kaun is not the only example of a film getting telecasted after three months of its theatrical release. There is a long list of films which will be hitting the small screen in days to come featuring popular stars like Ramesh Arvind, Ajay Kumar, Kishor and others. This trend will make producer happy because he has spent a little more or less than the amount he has received for selling the satellite rights, but it will certainly kill the prospects of any other small or medium budget films.

Take the example of the recently released film 5 Idiots. The film has opened very badly the producer is compelled to screen the film in television after three months. The film which is heavily inspired by Dharwaza Bundha Karo was made with a meagre budget but was able to get good satellite rights. Take the case of films like Narada Vijaya, Gowda Vs Reddy, Suicide, Rangappa Hogbitnaa,and many others which may also hit the small screens shortly.

The producers of films like Shock have a different agenda and they are not interested to make a good quality film. They just want to make a good film, but want to somehow finish the shooting of the film within 15 days. The post production work will also be completed within a limited budget. They are certainly not interested to see their films run for a long time in theatres, but will be contend if the film flops on the day of its release. This will enable them to get a no objection certificate from the Karnataka film Chamber of Commerce.