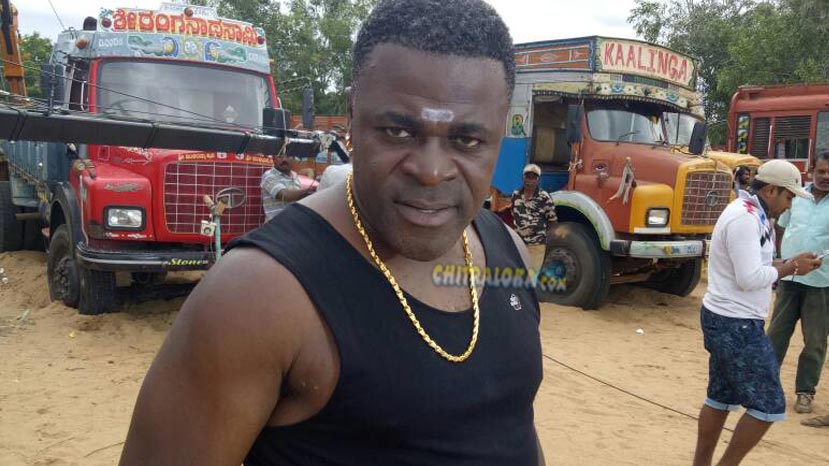 British actor Danny Sapani has come down to Karnataka to participate in the shooting of 'Tarakasura'. The actor is busy shooting in Talakadu and many of his scenes are have been shot in the last one week.