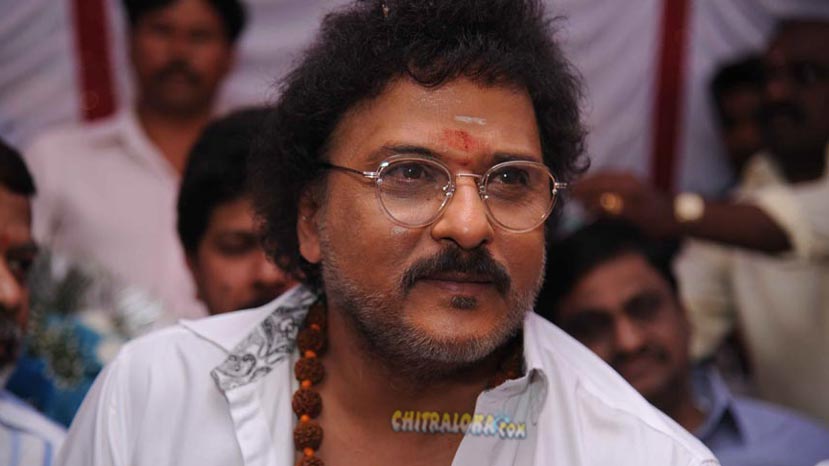 Crazy Star Ravichandran has stopped eating meat for the last three months. Coincidentally he will be playing the role of Lord Krishna in the Naganna directed Kurukshetra. In this Darshan's 50th film, Darshan is playing Duryodhana and the casting for the rest of the roles is underway.

Ravichandran was one of the first stars to accept to play in the film. His role is that of Krishna. But Ravichandran quitting eating meat has nothing to do with the role. He had quit it for two months for health reasons before the role was offered to him. So he decided to continue not eating meat till he completed the film.

Ravichandran has never acted in a historical or a mythological film before and this will be his first such attempt. He has also never shaved his mustache for a film in his entire career. Actors like Ambareesh, Ramesh Aravind and Upendra have shaved their moustaches for films but never Ravichandran. For the role of Krishna he will shave his moustache and he has agreed to it.