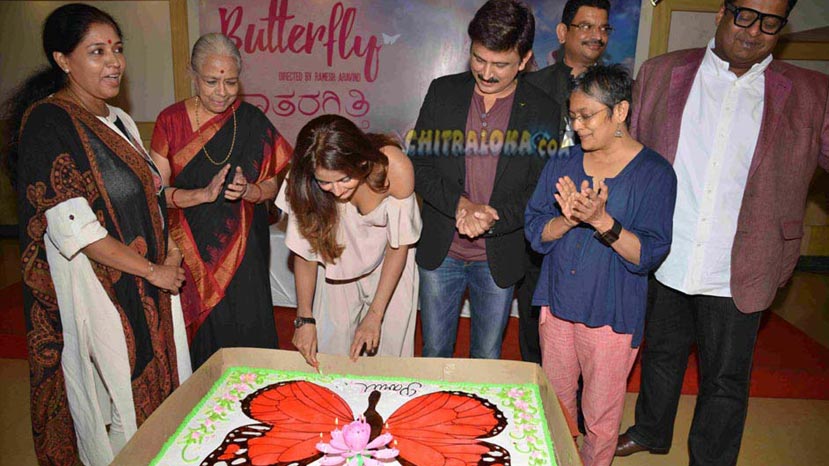 Actress Parul Yadav celebrated her birthday on Monday night at the Citadel Hotel during the press conference of her latest film 'Butterfly'.

Ramesh Aravind, Sudha Belavadi, Bhargavi Narayan and others were present during the birthday celebrations and press meet of the film.