Are Women Really Safe In The Film Industry? 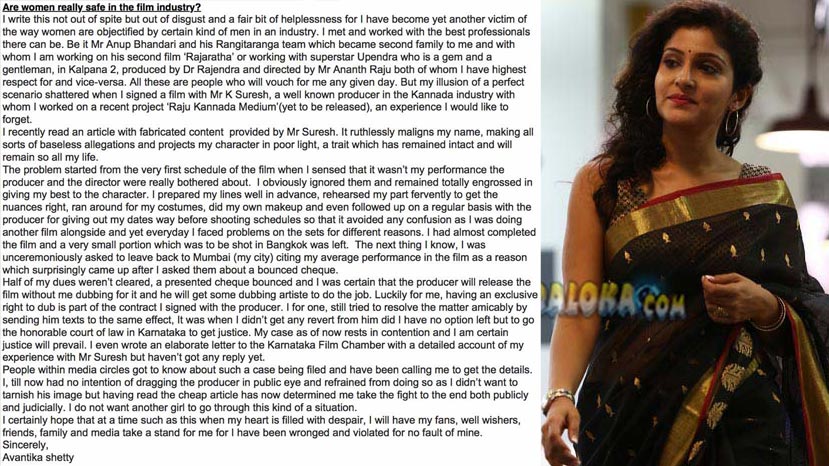 Actress Avantika Shetty of 'Rangitaranga' fame who was sacked from 'Raju Kannada Medium' has posted a letter in social media regarding about she being thrown out from the film.

Avantika has said half of her dues weren't cleared and a presented cheque was also bounced. Avantika has also said she has written an elaborate letter to the Karnataka Film Chamber with a detailed account of her experience with Suresh and is waiting for a reply from the KFCC.

Avantika has said that she has no other option left but to go to the court of law in Karnataka to get justice.