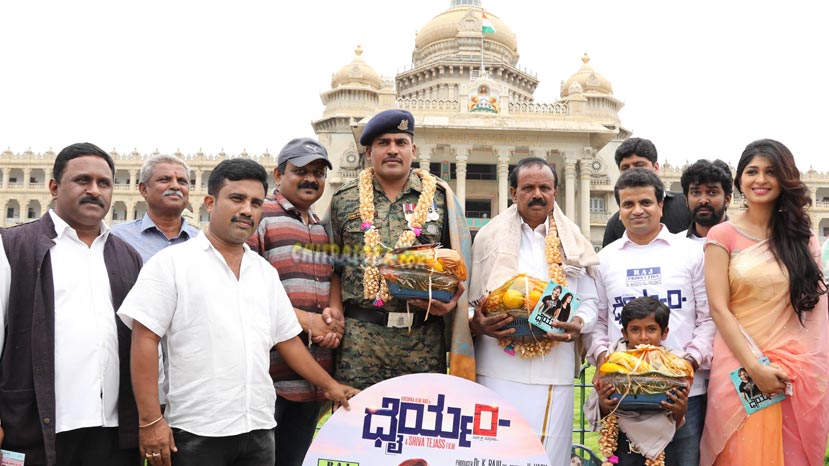 The songs of Ajay Rao's new film 'Dhairyam' was released in front of Vidhana Soudha recently and one of the highlights of the audio release was the songs were released by farmer, soldier and a student.

The audio release event was attended by Ajay Rao, Aditi, director Shiva Tejas, producer Dr K Raju, music director Emil and others. With songs released, the team of 'Dhairyam' is all set to release the film and the film is likely to be released in the month of June.

Dhairyam Audio To Be Released In Front Of Vidhana Soudha