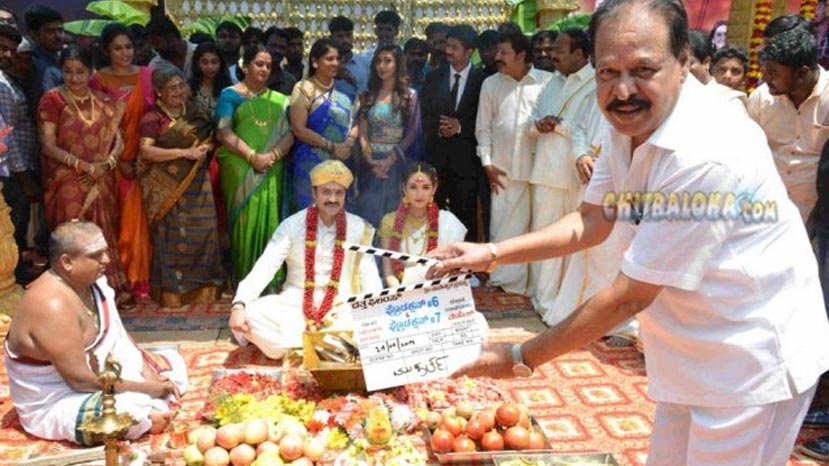 Aditya and Ragini were last seen in a film called 'Villain' directed by M S Ramesh. Now the duo is back with a new film being directed by Mussanje Mahesh.

The untitled film which stars Aditya and Ragini was launched at the Kanteerava Studio in Bangalore recently.  KFCC president Sa Ra Govindu sounded the clap for the first shot of the film.

The film is being produced by Dattatreya Bachchegowda who had earlier produced 'Jinda', 'Porki' and other films. This is the sixth film from the production house. Mahesh himself has written the story and screenplay of the film. The film stars Padmavasanthi, Srinivasamurthy, Vijayakashi and others. Sridhar Sambhram is the music director.