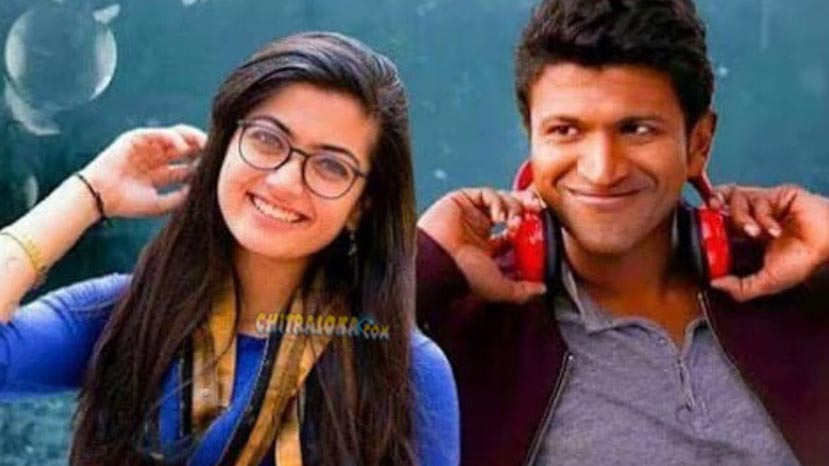 The shooting of Puneeth Rajkumar's new film Anjaniputra has been kept on hold. As Parvathamma Rajkumar is in hospital and her contition is not too good, Puneeth is with her.

Therefore the Harsha directed film has taken a break during the ongoing shooting schedule. As of now 50 percent of the shooting is complete. The entire film is being shot in Bengaluru in some special sets created for the film.

Ramya Krishna, Mukesh Tiwari and Haripriya in a special role have shot for the film already. However due to the health condition of Parvathamma the film team decided to give the film a break for the time being. The shooting for Anjaniputra will resume after Parvathamma recovers.

Ramya Krishna plays Puneeth's mother in the film and Haripriya is part of a special song.