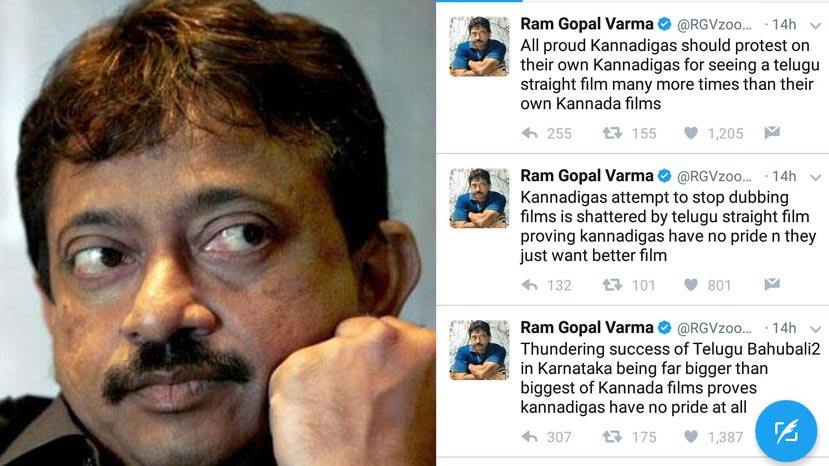 Controversial director Ram Gopal Verma has yet again made a controversial remarks in his twitter handle. RGV who seems to carry highly judgmental and patronizing aura around him has landed in trouble many a times before and this time his scrutinizing statements are towards Kannada films people of Karnataka.

In one of his tweets RGV has remarked that Kannadigas has no pride because of the massive success of Baahubali 2 in Karnataka.

Below provided are tweets from Ram Gopal Verma's Twitter...

This is not the first time RGV has made such remarks on Karnataka and Kannada films. All the pro kannada activists and people of Karnataka should condemn RGV's tweets.

Ram Gopal Verma Is In Full Awe Of Sudeep