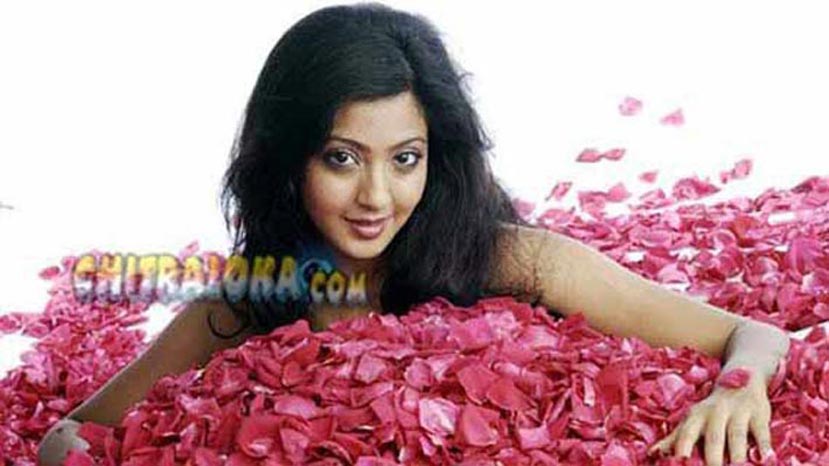 Bubbly and Glamorous heroine Aindrita has been chosen as one of the heroines by director Yogaraj Bhat for his next venture Paramathma which has Puneet Raj Kumar in the leading role. Now, all the three heroines of the film have been finalised for this film which includes another Kannada speaking girl Ramya Barna.

Earlier Chitraloka had reported that Aindrita will be the likely choice as a heroine of this film which has now been confirmed by none other than Yogaraj Bhat himself. Speaking to Chitraloka, Yogaraj Bhat said that Deepa, Aindrita and Ramya Barna have been chosen as the heroines of the film.

Now, Aindrita is certainly having the last laugh as she was a victim of some vicious propaganda against her which resulted in her getting a sack from Jarasandha after she was signed for the film and an advance given to her. She has already completed working for a film Parijatha with Diganth. Parijatha is produced by Paramesh and Prem and directed by Prabhu Sreenivas who had earlier directed Prajwal Devaraj starrer Jeeva. Now, she will be working with Power Star Puneet Raj Kumar in the film Paramathma which will be directed by her

Manasaare director Yogaraj Bhat who is considered as the top most director of the industry today. She also has another big film coming up to her with Sudeep which will be directed by Shashank.

Incidentally Aindrita is supposed to be doing a special role in the film which she had not performed earlier. Deepa seems to get a larger space in the story of the film, sources say. Ramya Barna had earlier acted in Yogaraj Bhat's film Pancharangi and had carried off her role with aplomb. Now, this young girl who has slimmed down for the better has got a very good opportunity to be working with a big star like Puneet Raj Kumar and for the second time with a big director like Yogaraj Bhat.