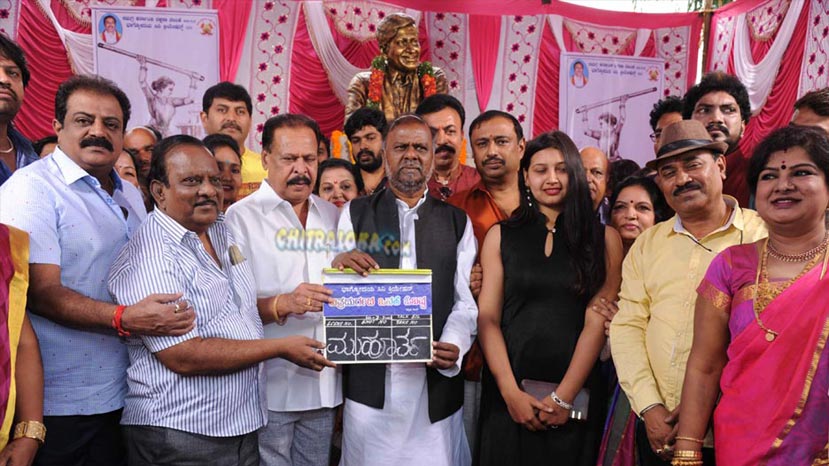 The film launch was attended by Social Welfare Minister Anjaneya and the minister sounded the clap for the first shot of the film. B L Venu on whose novel the film is based was also present. B L Venu has written the screenplay and dialogues for this film.

'Chitradurgada Onake Obavva' stars newcomer Tara in the lead role of Onake Obavva. Ravichetan, Ganesh Rao and others are playing prominent roles in the film.