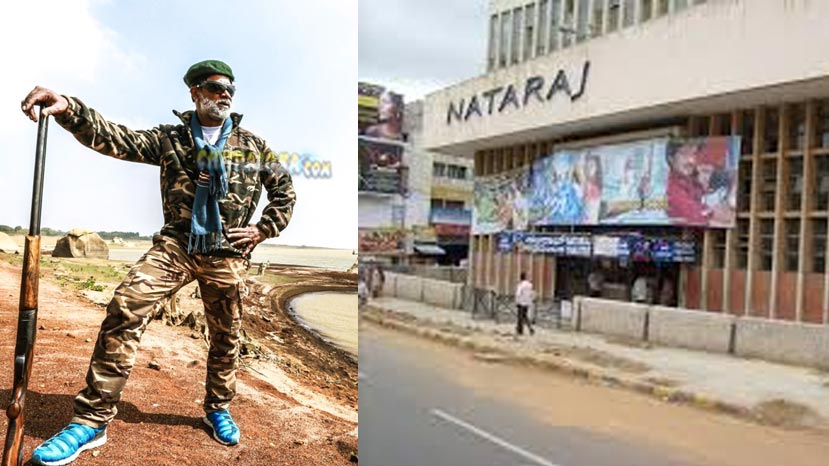 For so many years now the Nataraja theater in Seshadripuram has become the hub of Tamil films in Bengaluru. The theatre always screened Tamil films and the main centre. Very rarely whenever there was Kaveri river dispute between Karnataka and Tamil Nadu, the theatre would screen Kannada films for a few days.

These would be some old film as a stop gap arrangement. If a new Kannada film was screened it was again during some trouble between the states. One example was the release of Danger Zone earlier this year when there were water diapute. But breaking all this conventions Duniya Vijay's new film Mastigudi is releasing in Nataraja theatre.

This in itself a surprising development. If the film does well here we can expect regular screening of Kannada films here.