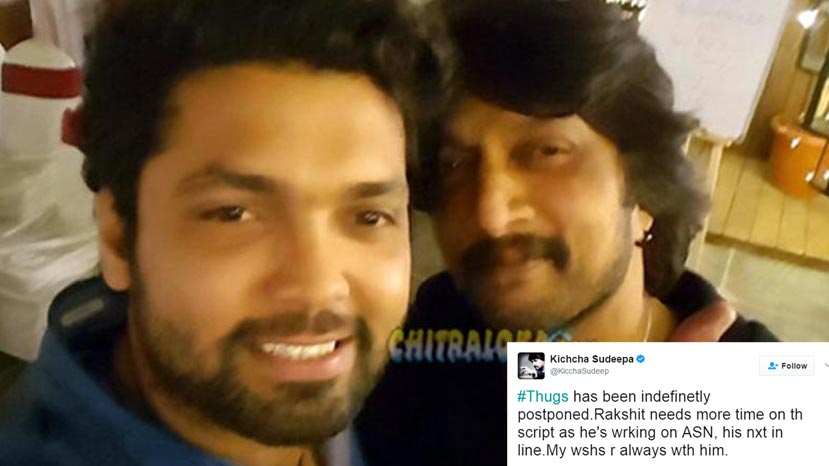 As announced earlier, Sudeep starrer 'Thugs of Malgudi' which was supposed to be directed by Rakshith Shetty has been postponed indefinitely as Rakshith Shetty is busy with other projects.

'Thugs has been indefinitely postponed. Rakshith needs more time on the script as he's working on 'Avane Sriman Narayana', his next in line. My wishes are always with him' tweeted the actor.

Thugs Of Malgudi Will Have Lots Of Newcomers