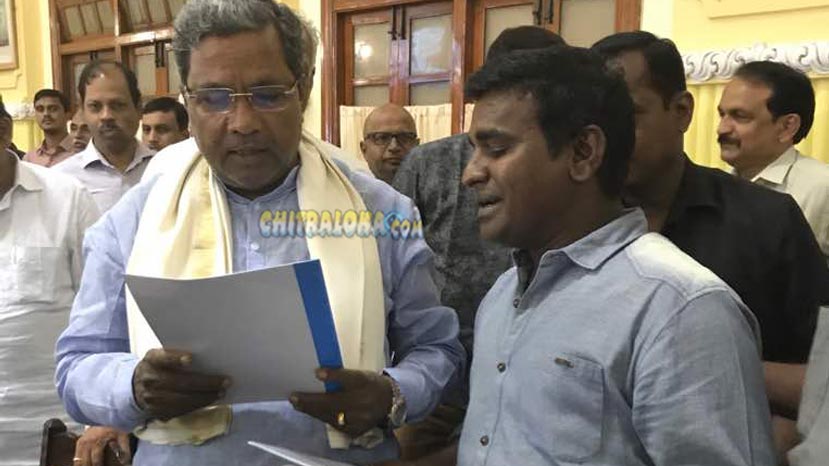 Actor-producer Mitra on Wednesday met Chief Minister Siddaramaiah and requested him to watch his latest film 'Raga' which is about the blind.

Mitra gave a memorandum to the Chief Minister asking his help to promote the film through Social Welfare Department, Education Department and Information and Public Relations Department. Mitra said that the film must be promoted through this departments.

Mitra also requested the Chief Minister to watch the film like 'Rajakumara' and 'Bahubali 2'.