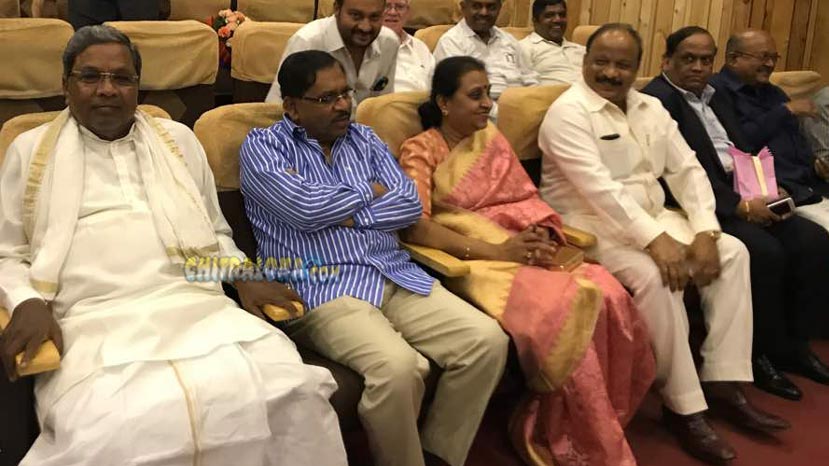 Actress Bhavana's debut film as a producer 'Niruttara', might not have been a big hit at the box-office, but was in news for various reasons from the beginning. On Monday evening Chief Minister Siddaramaiah, Home Minister G Parameshwar and others watched the film at a special show organised by Bhavana at the Chamundeshwari Studio in Bangalore.

'Niruttara' is directed by Girish Kasaravalli's son Apoorva Kasaravalli and this is his debut film as a director. The film stars Bhavana, Aindrita, Kiran Srinivas and others in prominent roles. The film is based on a story by Vikram Hatwar. H M Ramachandra is the cameraman.