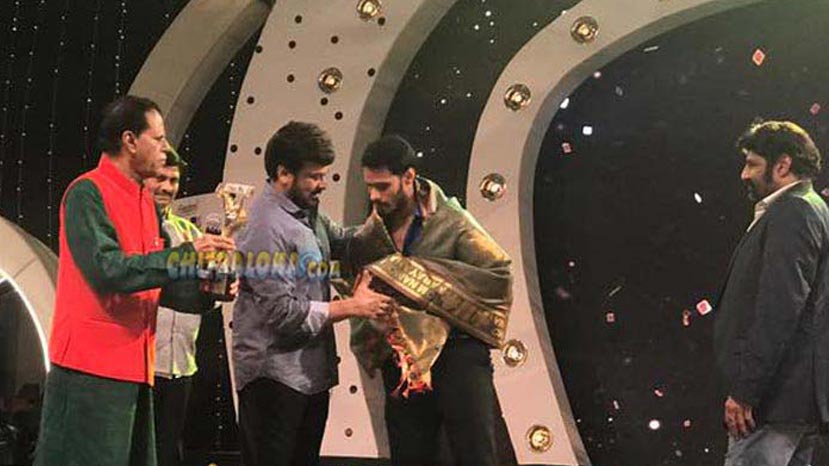 Jaguar actor Nikhil Kumar has been awarded the best debutant award from TSR award which was held at Vizag.

Jaguar was a super hit movie was produced by HD Kumaraswamy and directed. H Mahadev. Jaguar was released simultaneously in Kannada and Telugu. Deepti Sati was the heroine supported by Jagapathi Babu, Aditya Menon, Sampath and others play prominent roles in the film.