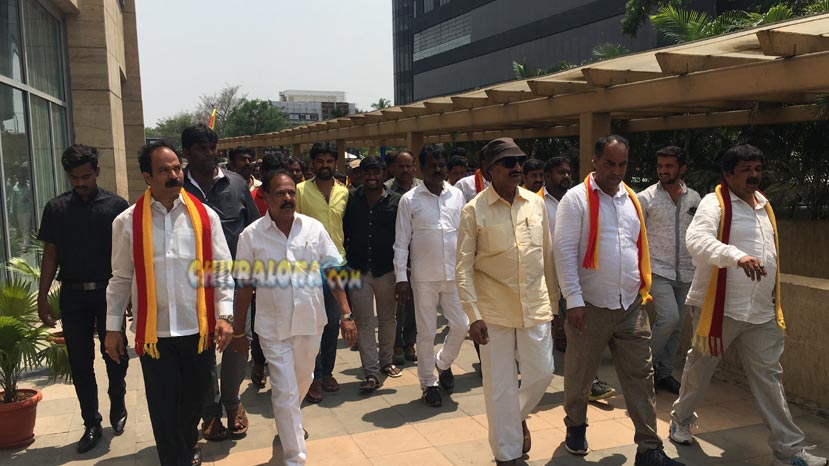 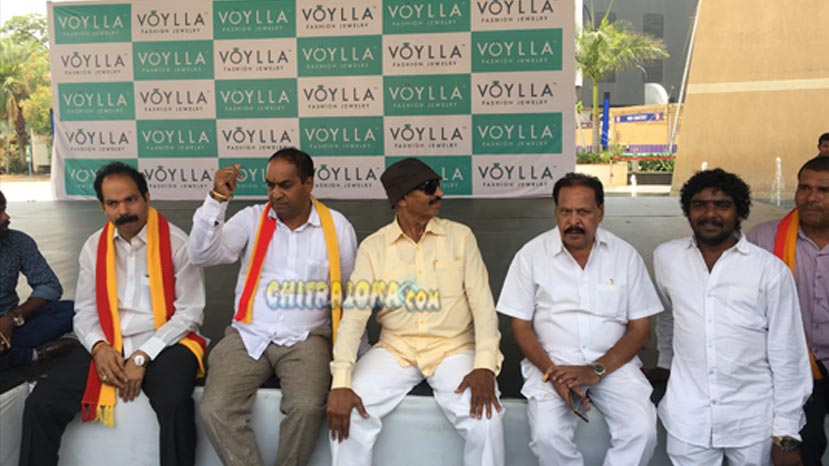 Earlier,  Vatal Nagaraj and others had warned to stop the screening of the film until actor Satyaraj who have played a major role in the film about his anti Kannada remarks in the Cauvery issue.

Vatal Nagaraj reiterated that his fight is not against the film,  but with the actor who has made nasty remarks about Kannada and Kannadigas.  Vatal said his fight will continue until Satyaraj apologies.

Vatal and team first went to Orion Mall and then to PVR element mall and PVR Phoenix market city at Mahadevapura.

At Mahadevapura when the activists were there Bahubali 2 trailer started playing there in the screen situated in the premises. Seeing this all were angry and started hitting the screen with chapples. Vatal immediately called the authorities and warned them not to repeate it.