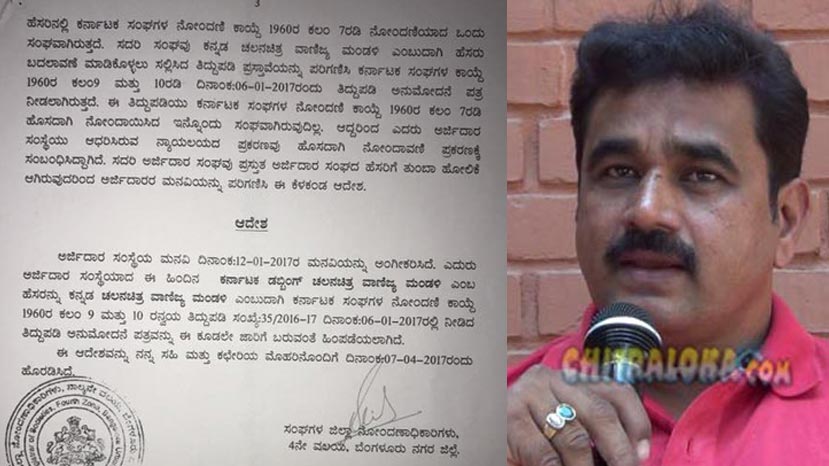 But the apex body of Kannada films, Karnataka Film Chamber of Commerce had filed an objection to it before the Registrar of Societies. It had claimed that the new name of the Dubbing Chamber was very similar to its own name and would create confusion among the people and loss to it.

The short form of both the organisations would be KFCC which would create more confusion. The Registrar had issued notices in this regard and heard the arguments of both the parties. In conclusion it has said that the Dubbing Film Chamber cannot change its name to Kannada Film Chamber of Commerce.

The registration of the new name has been withdrawn from immediate effect it has said in its order today.