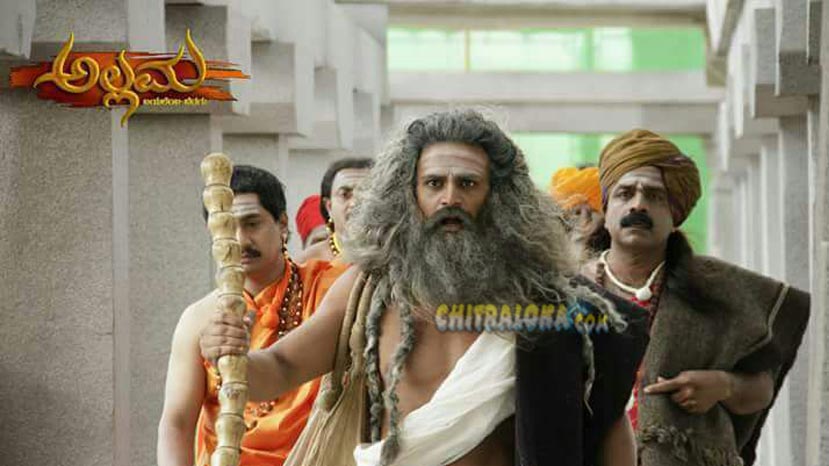 T S Nagabharana's 'Allama' has got two major awards at the 64th National Film awards. While Bapu Padmanabh has been adjudged as the best music director, Make-up Ramakrishna has got the best make-up award. Apart from this a Kannada film called 'Reservation' has got the best regional film award.

Dhananjay is seen in the role of Allama in this film, while Meghana Raj plays the role of courtesan Maya. Sanchari Vijay is Basavanna. The script of the film has been written by Siddagangaiah Kambal, N S Sridharamurthy, Pratibha Nandakumar, Prof Chandrashekhar Ushala and Sripathy Manjanabail. The dialogues of the film are written by Pratibha Nandakumar, Siddagangaiah Kambal and Veerappa Maralavadi.

Hari Khoday who produced some classic films like 'Santha Shishunala Sharifa', 'Mysoru Mallige' and 'Nagamandala' is the producer. Dhananjay, Meghana Raj, Ramakrishna, Sanchari Vijay, Lakshmi Gopalaswamy and others have played prominent roles in the film. G S Bhaskar is the cameraman, while Bapu Venkatesh is the music director.

Allama To Release On January 26th

Allama, Harikatha Prasanga And U Turn For Panorama

Allama Songs to be Released on 31st March