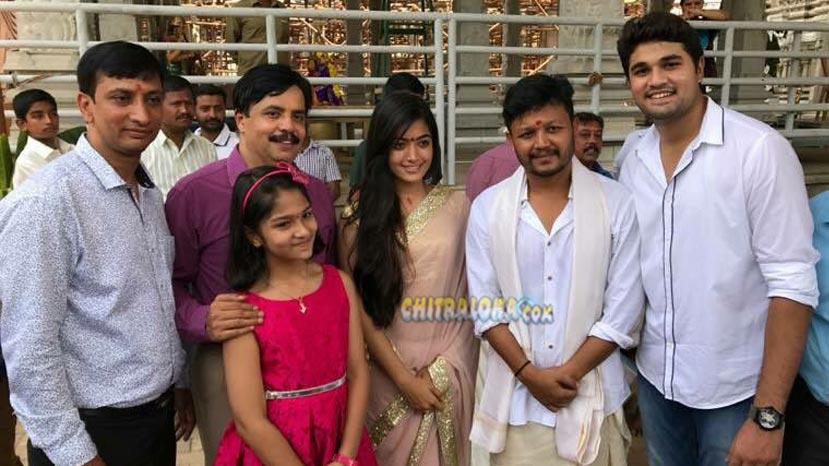 The shooting for Ganesh's new film 'Chamak' being directed by Simple Suni was launched on Thursday in Bangalore. The shooting for the film will commence from the 14th of April.

'Chamak' is being written and directed by Suni of 'Simpleaag Ond Love Story' fame. For the first time in his career, Ganesh will be playing the role of a doctor in the film. Rashmika Mandanna is the heroine of the film.

The film is being produced by Chandrashekhar. Arjun Janya will be composing the music for the film.