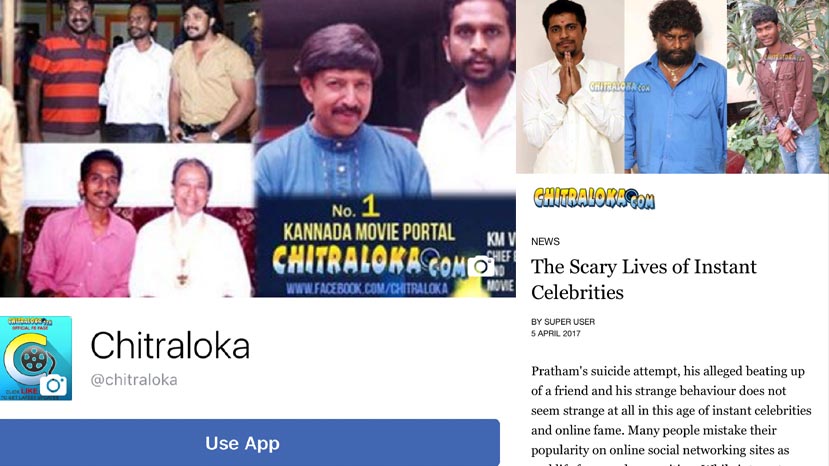 Good news for readers accessing Chitraloka.com articles on Facebook. Now you can read Kannada film related articles and news published by Chitraloka up to 10 times faster. All articles posted on Chitraloka's Facebook page will now automatically be on Instant Facebook. This means that the link will open in Facebook itself instead of going to the Chitraloka.com website. Readers will save on data and access information faster this way.

Chitraloka team thanks Facebook and Keerthi gowda from Vega Entertainment for helping Chitraloka to get into Insta status.