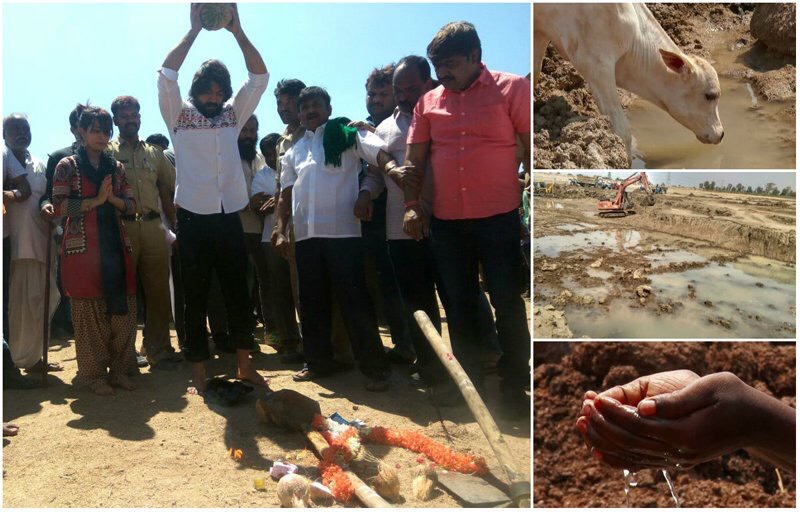 Natural spring water has started collecting in the Tallur lake in Koppal. This is the lake in which actor Yash's Yashomarga foundation has taken up desilting work. Because of silt the lake was not collecting water. The work started in the last week of February and is still underway. Even before completion water has started collecting in the lake from natural springs inside the lake. The lake is 96 acres across and its water will be used by villagers of 20 villages. After Yashomarga started work many villagers were inspired and have started working in removing silt from the lake.

Yash has also clarified that as reported in some media, the cost of the lake rejuvenation project is not Rs 4 crore but will be completed in less than half that amount. This is possible because local villagers have come forward to do the work on voluntary basis and remove silt and transport it to their farms. The project has received maximum support from the people.