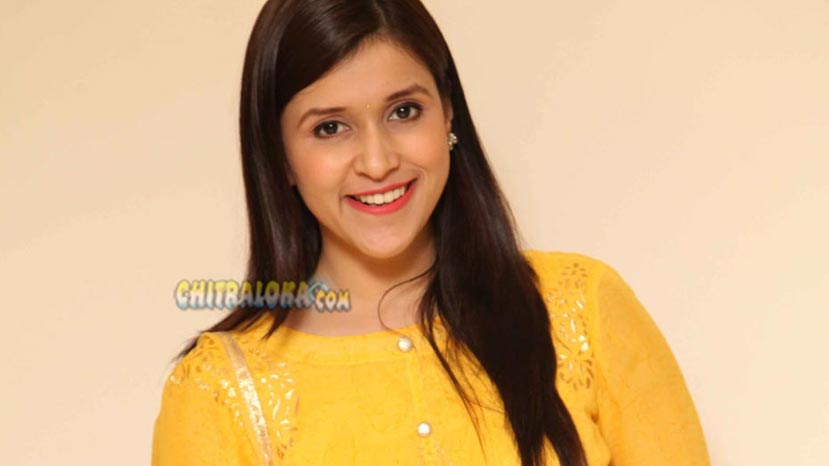 ROGUE!! Stylish Director Puri Jagannadh is known for his on screen magic through his blockbusters movie hits with superstars. It’s every debutants dream to work with Director PuriJagannadh. Debutant Ishan is one lucky hunk to make his debut both in Kannada and Telugu Language same time. And we already have the queen of hearts Ms Mannara Chopra! She is one trending girl right now in the Film industry. Of course she reaches up to everything that can be said that she is PuriJagannadh’s muse! Even though Mannara chopra is three movies old in Telugu and one in Bollywood she still feels like a sensational debutante through Puri Jagannadh’s ROGUE movie.

A fair skin, shining bright eyes, silky hair and a chick with innocence smile was in town. And as expected she fell in love with the city! She was all busy promoting her upcoming flick ROGUE with media, and interacting with public. During this time CHITHRALOKA.COM got exclusively chatty with Ms Chopra girl. A complete Chopra khandhan ki ladki! Mannara chopra comes from ‘Chopra’s’ family and she is a sister of Hollywood superstar our Indian actress Ms Priyanka Chopra. Of course Mannara chopra sees up to her sister making it big and better through her each movie. Mannara chopra feels lucky to make her Kannada movie debut under Prestigious banner TanviFilms and working with director Puri Jagannadh.

Mannara chopra is passionate about acting. She dreams of making big in the industry and she is willing to work with superstars of south. Also she has been already approached for couple of movies from south. But she believes that ‘patience is virtue’ and taking it slow until the ROGUE release. Mannara chopra says ROGUE movie is her best one till date. And she promises that every audience will fall in love with her on screen character in this movie. Well, we sure look forward to watch this talented ‘Barbie doll’ making big in the industry and here is wishing her the best for her movie and her future projects.