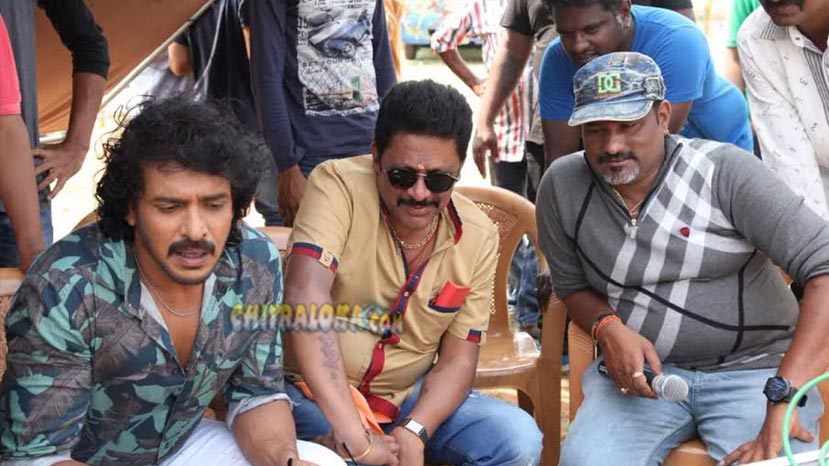 The shooting for Upendra's new film 'Uppi Rupi' has started and the team is busy shooting a fight sequence for the film, under the direction of well known stunt master Palaniraj.

'Uppi Rupi' is being produced by Vijayalakshmi Urs (former chief of Kanteerava Studio) and directed by Madesh. The film was launched in December and as Upendra was busy with his prior commitments, the shooting for the film has started now.

'Uppi Rupi' stars Upendra and Rachita Ram as the main lead. Vijayalakshmi Urs herself has written the story of the film. Rajesh Katta is the cameraman, while Sadhu Kokila has been roped in as the music director of the film.