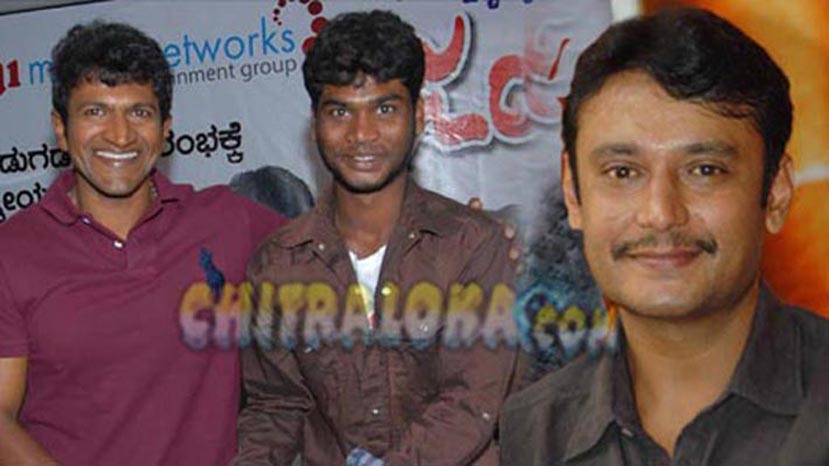 Kannada film industry's Power Star Puneet Raj Kumar and Challenging Star Darshan  have in their own way try to mitigate the problems of the family members of Rajesh, the hero of  the film Jungle Jackie who is now taking treatment for mental disorder in a Mysore Hospital.  Rajesh became popular with the tele reality show "Halli Huduga Pyaatege Bandha' anchored by  actress Radhika Pandit.  Puneet RajKumar who appeared in a show as a Judge had fully appreciated the acrobatics shown by Rajesh shown during the show Power Star Puneet visited the Hospital on Tuesday to see Rajesh and even try to bring in cheer to his disturbed mind. Sources also said he had extended the helping hand to the members of  Jungle Jackie hero's family members. The guestrure shown by Puneet was quite well appreciated.
A few days ago, Challenging star Darshan is reported to have contacted his Mysore friend Puttabudhdhi who was working in the Hospital and had assured him that Rajesh's medical expenses will be met by him.   The actor wanted the doctors to provide the best treatment for the ailing actor who has been facing mental depression problems.  Darshan wanted that his guesture should not be made public and had even instructed Puttabudhdhi to maintain secrecy in the matter.