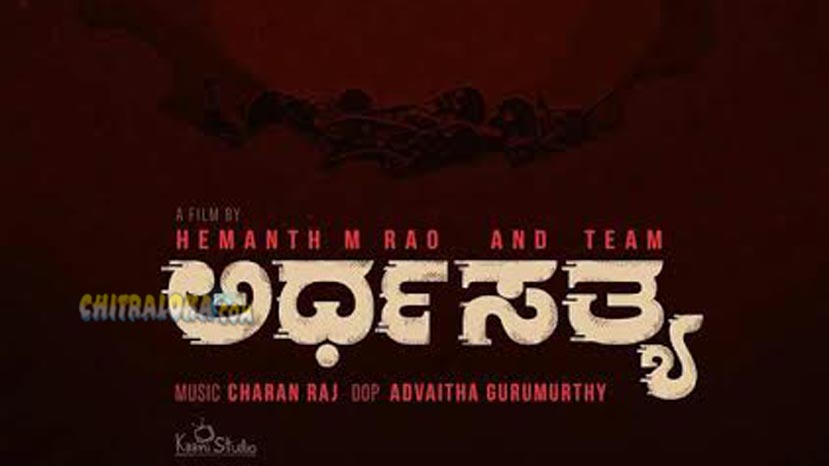 After the huge success of 'Godhi Banna Sadharana Maikattu', director Hemanth Rao is all set to start a new film. The film has been titled as 'Ardha Satya' and the title was officially announced tonight on account of Puneeth Rajakumar's birthday.

The film is jointly produced by Puneeth Rajakumar's new banner PRK Pictures and Hombale Productions. Hemanth Rao himself has written the story and screenplay of the film apart from directing it.

Manish who is looking forward for the release of his debut film 'Operation Alamelamma' has been roped in as the hero. Charan Raj is the music director, while Advaitha is the Cameraman.