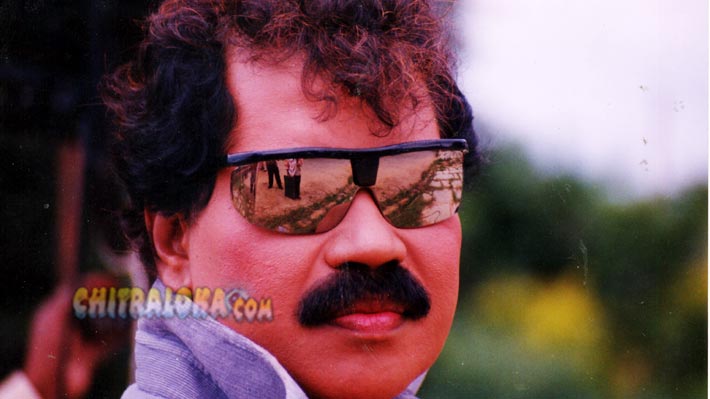 The action king of Kannada film industry Tiger Prabhakar expired on the auspicious day of the Hindu’s festival Ugadi (25/3/2001). At 10.50 PM (IST) Prabhakar had his last breathe at Apollo Malya Hospital due to kidney failure. From 8-30PM problems started, and the hospital doctors tried their level best to save him. But his blood pressure and pulse rate started decreasing. Dr. Rajkumar and Smt. Parvarthamma Rajkumar had visited the hospital in the evening and they were there till 7-30 PM. Till last week Prabhakar was suffering from jaundice and he was in hospital.

Prabhakar had a grave disease of Gangerine – the doctors had advised him to take off the two legs as the danger is spreading to his thies. But the tiger had not given the green signal and he was fighting against the disease.

The action king Prabhakar has acted in more than 450 films in last three decades in Kannada, Tamil, Telugu, Malayalam, and Hindi languages. Prabhakar never cared to anybody except his mother. He used to tell Jesus is there and he will take care of him.

Prabhakar has two daughters and a son to his first wife.  Bharathi and Geetha have just completed their degree and his son Vinood was with his father looking after him and recently he was introduced to film field. Prabhakar's second wife smt. Jayamala has a daughter Soundarya. Prabhakar's third wife Anju had a son. In the end Prabhakar was living with only his son Vinood.

Unfortunately Prabhakar's direction movie `Good, Bad, Ugly' which was in the box from past three years is releasing this week. His real personal life was also Good, Bad and Ugly.

Message of Prabhakar death has been sent to Chiranjeeve, Rajinakanth who were his close friends.

The sad demise of Prabhakar – popularly known as Tiger Prabhakar has a history of rags to riches story. He climbed the ladder of success from nothing to an unforgettable action king of Kannada cinema. While it was a success on Screen it was a failure in personal life as Prabhakar became very dear to women and wine. These two have actually spoiled him in the last 10 years and his colleagues attempt to set him right also went in vain. Had he stuck to the principles he laid down on Screen he could have been spotted in greater height in the personal career too.

However this bad man on screen turned a hero from the film ‘Muttaidhe Bhagya’ (ran for 100 days) who later became all in one in films – like working in direction, editing, music and cinematography department. In the contemporaries of Tiger Prabhakar no one made an attempt like how Prabhakar did and no one enjoyed the cream of life like how Prabhakar enjoyed.

A born fighter at the age of 14 with his startling Hercules body was the pride of Kannada film. A dishum-dishum instead of lub-dub was what Prabhakar. From a stuntman to a gunman to villain to hero Prabhakar pierced like a tiger on the screen. Beginning his career from the Kannada film ‘Kaadina Rahasya’ as one of the four muscular boys Prabhakar later rose to become the ‘Kaadina Raaja’ – king of forest. His rugged looks for the ruffian roles easily gave him the position of a constant villain in Kannada films.

The towering personality with fireballs in his eyes in the younger days got him offers pouring in not only in Kannada but also in Tamil, Telugu, Malayalam, Hindi and other languages. At one point of time selection of hero became a problem for the producers. He has acted in over 400 films in major languages with stars like Dr.Rajkumar, Vishnuvardhan, Ambarish, Ananthnag, Rajanikanth, Chiranjeevi and lot of other prominent hero’s.

GRRRR TIGER  A hero of different caliber altogether Prabhakar has the rustic looks and robust build and it was a treat to watch by front bench audience. This capability created a good market for him.

One common factor of all Prabhakar films was action. Added to action his histrionics and his ability to bash up a dozen persons single handedly in real life too. On screen like how much he got bashed up from heroes the triple he had given to villains when he reached the spot of hero.

The credit goes to Prabhakar for creating a wonderful business in B and C centers in Karnataka. Especially when he became a hero and in early nineties he became a producer the rush in the theatres for Prabhakar films were fantastic. Prabhakar created one magic strongly that ‘action sells’ in the box office. He had made other star films to follow the formula laid down by his films.

With the result the large section of fans honoured Prabhakar with the title of ‘Tiger’. From then he continuously thrilled the audience with spectacular style of action scenes compositions. He used to bash up the villain gang like how a ‘dhobi’ (laundry man) picks up the cloth and hits to the stone. Such was the strength of Prabhakar.

Ever since Tiger Prabhakar became a director from the film ‘Mahendra Varma’ his star changed considerably. The box office collection of ‘Mahendra Varma’ earned him laurels and his home production film gave him a strong foothold in the Kannada film industry. Bombay Daada, Mister Maheshkumar, King, Kaliyuga Bheema, Good Bad and Ugly films has Prabhakar’s direction.

POLITICS REMAINED A DISTANT DREAM – Like how all stars are pulled in to the net of politics to grab the votes Prabhakar was also drawn into politics with ease.

But Prabhakar’s intention was to serve the society. He had seen the poverty stricken people. His Guru was Lokshakthi leader Ramakrishna Hegde, the former Chief Minister of Karnataka. He traveled widely all over Karnataka and used to tell he know the pulse of people.

The people in his colony used to call him as ‘Guru’ – you are our hope. Prabhakar had the social commitment in his life. He had helped innumerable people with no bias of caste and creed. The one dream he had after holding a position in the politics was to remove the caste structure in our society. In the last Assembly election he was assured a seat either from Shivajinagar, Frazer Town of Banashankari where he lives.

‘MAJOR’ UNFULFILLED. The high hopes Prabhakar had on the film ‘Major’ is half completed. With ill health on the one side Prabahakar had the determination to complete this film starring his son but he failed to acquire the permission to shoot in Kargil areas.

PRABHAKAR’S FAMILY – Prabhakar a Christian married for the first time to a girl from his community and got two issues. Later he married actress Jayamala and was blessed with daughter Soundarya. After he left the company of Jayamala became very weak and a lot of girls came and gone in his life.

As Prabhakar himself claimed at the party of ‘Khalanayaka’ he has five declared wives. Except the first wife and Jayamala the rest who fell into the company of Prabhakar cheated him by gobbling the properties he had. Prabhakar had told only his son Vinood is looking after him.

REASONS FOR HIS DEATH – Prabhakar had left eating the proper food since many years. The bike accident he faced about one and half decade ago was a major blow for him. Later it picked up gangerine and multiple problems cropped up in the last two years. In the last one month he faced the severe Jaundice and admitted to Mallaya Hospital in Bangalore. He recovered after a few days of treatment and brought back to his house recently. Again the jaundice and cardinal dysfunction mounted making the Tiger to breath his last on Sunday – 25th March at 10.45 pm.

KANNADA FILM INDUSTRY MOURNS – The entire Kannada film industry mourned the death of Tiger Prabhakar. Actor turned Member of Parliament Ambarish and his wife Sumalatha, Vishnuvardhan rushed to the hospital on hearing the news. The close pal of Prabhakar Sarigama Viji was busy on the day of death of Prabhakar with his 1090th show of drama ‘Samsaradalli Sarigama. The body of Prabhakar kept in his house at Banashankari for ‘darshan’ till 5 pm on Monday for the industry and public.