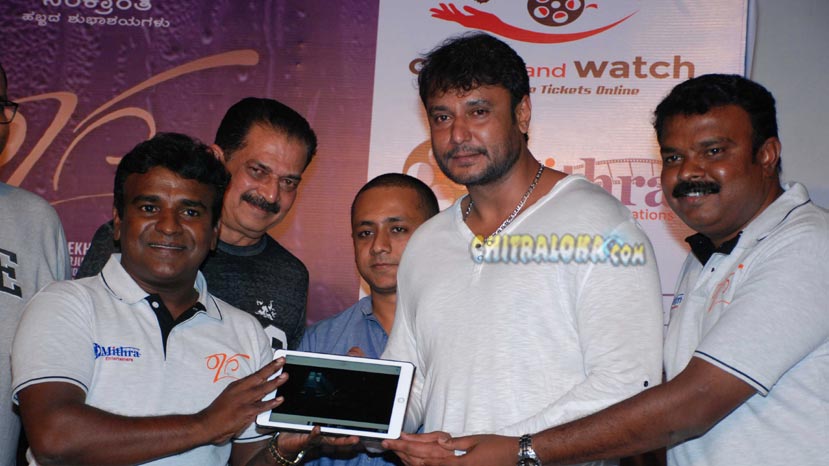 The trailer of Mitra's debut film as a hero 'Raga', was launched by 'Challenging Star' Darshan on Wednesday evening at the Veeresh Theater in Bangalore.

The film is the debut film of Mitra Entertainers and stars Mitra, Bhama, Avinash, Jaijagadish, Ramesh Bhatt, Sadhu Kokila, Rangayana Raghu, 'Kaddipudi' Chandru and others. Roopika and Niranjan Deshpande are see in cameo roles. 'Raaga' is being scripted and directed by P C Shekhar. Vaidi is the cameraman, while Arjun Janya is the music director of the film.