First Song Of Raajkumara To Be Released Today 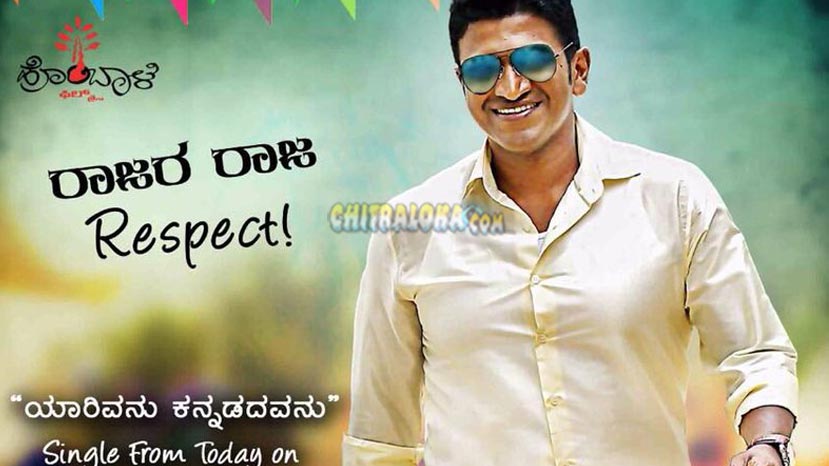 Puneeth Rajakumar's 'Rajakumara' is nearing completion and is all set to hit screens sometime in March. Meanwhile, the first song of the film called 'Yarivanu Kannadadavanu' is all set o be launched today afternoon through the D Beats channel in You tube. The release is scheduled at 4 PM.

'Rajakumara' is being produced b Vijay Kiragandur of Hombale Films and being directed by Santhosh Anandram who had earlier directed 'Mr and Mrs Ramachari'. Santhosh himself has written the story and the screenplay of the film. V Harikrishna is the music director, while Venkatesh Anguraj is the cameraman.

'Rajakumara' has an ensemble star cast including Puneeth Rajakumar, Priya Anand, Sharath Kumar, Ananth Nag and others. The film has been shot in Bangalore, Mysore, Australia and other places.

Sarath Kumar To Dub For Raajkumara