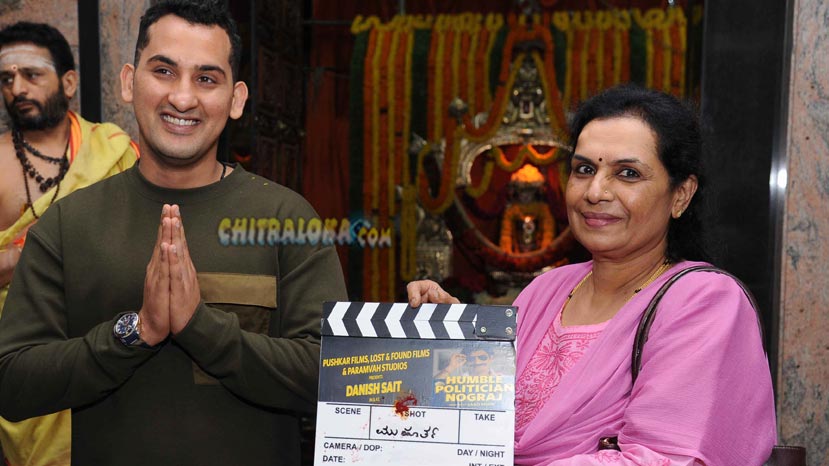 'Godhi Banna Sadharana Maikattu' producer Pushkar Mallikarjunaiah is back with a new film called 'Humble Politician Nogaraj' and the film was launched on the Valentines day at the Sri Dharmastala Manjunatha Swamy Temple in Bangalore.

The film stars Danish Seth, Roger Narayan, Shruthi Hariharan, Sumukhi, Raghu, Vijay Chendur and others in prominent roles. The film is being directed by Saad Khan, while Saadh Khan and Danish Seth have scripted the film. The film is jointly produced by Pushkar Mallikarjunaiah, Hemanth Rao and Rakshith Shetty and the shooting for the film will start from the 01st of March.

Danish Seth says this film is a political satire. 'We are not targeting any party or leaders in this film. We are just making a satire about the Indian political system. There wont be any imitations in the film. We are just telling, about how a man gets into trouble doing bad things. This will be a comedy film with a good message' says Danish Seth.