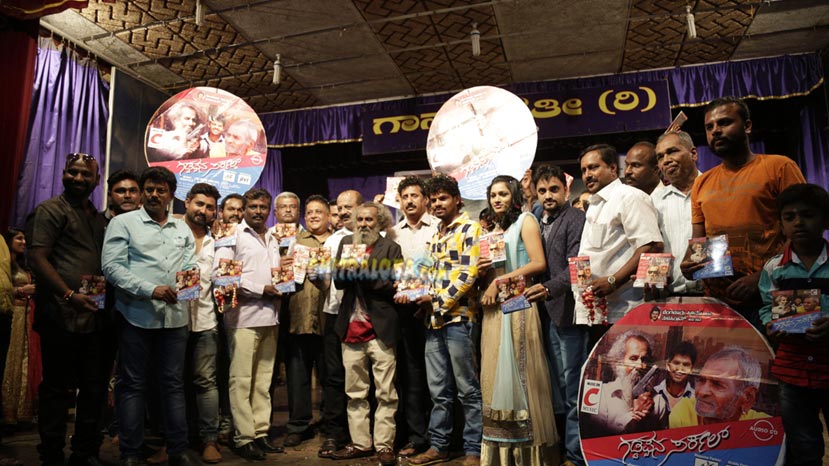 B R Keshav's new film 'Gaddappana Circle' was released in Mysore on Monday night at Gaana Bharathi in Mysore. Ba Ma Harish and others were present during the occasion.

'Gaddappana Circle' features current sensation Century Gowda, Gaddappa and Abhi of 'Thithi' fame. One of the highlights of the film is Century Gowda and Gaddappa are playing the role of dons in the film.

B R Keshav himself has written the story and screenplay of the film apart from directing it.