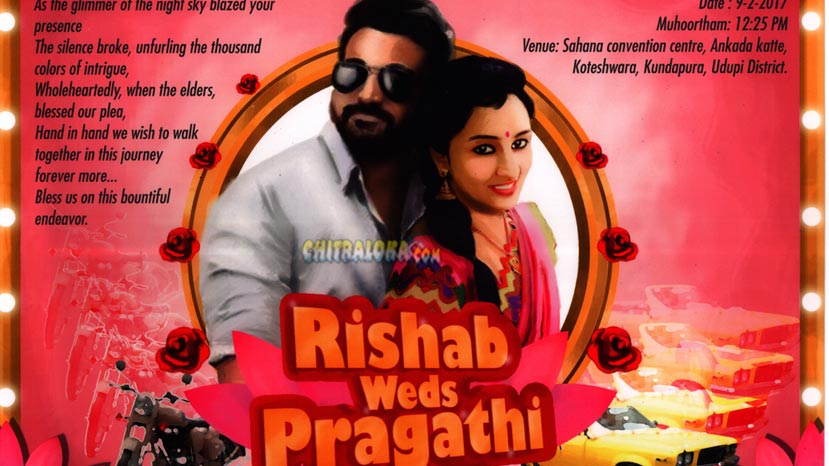 Rishab Shetty who is riding on the success of his latest directorial venture 'Kirik Party' is all set to enter into a wedlock with Pragathi on the 09th of this month.

Rishab Shetty will be marrying Pragathi in Koteshwara in Udupi district on Thursday. The muhurath is scheduled at 12.25 PM in the afternoon. It's a simple marriage and Rishab has invited a few friends from the film fraternity.

Rishab came to limelight with Rakshith Shetty's 'Ulidavaru Kandante' and after that he directed Rakshith in 'Ricky' followed by 'Kirik Party'. Rishab plans to direct a children film in the month of April.