The Unmaking Of Century Gowda And Gaddappa 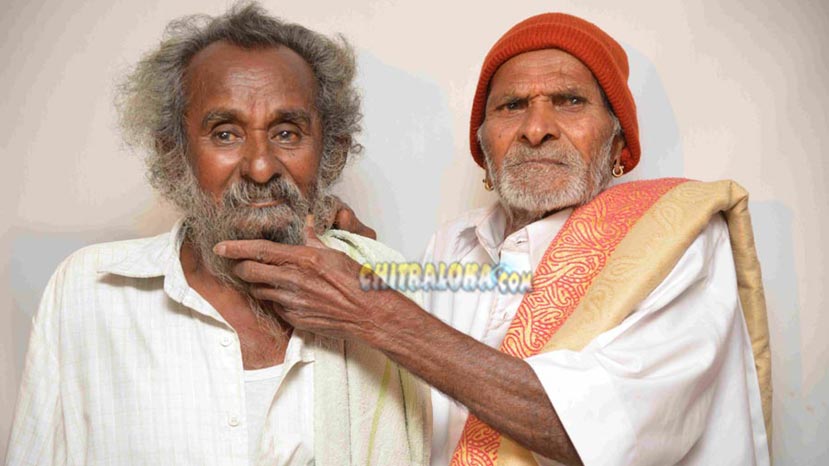 Singri Gowda and Chennegowda popularly known from their screen names from Thithi as Century Gowda and Gaddappa are the latest celebrities and stars of Sandalwood. Right after the success of Thithi in which these non professional villagers were cast in leading roles they became household names as media gave them the maximum publicity. Other film makers have rushed in to cast them in their films. Last month the film starring them, Dirty Village, released and yesterday it was yet another film Yen Nin Problemu. Another film,  Gaddappana Circle is readying for release.

Is the film industry exploiting them is a topic that has become hot. When Thithi was made it was the film makers who selected them knowing well that they lacked any acting skills. They have not become good actors now and they are being cast in new movies only because of their popularity in Thithi. The two innocent villagers however have become aware of the demand that has been created.

Sources said Understanding the demand they have begun to claim "market price". The remuneration now is Rs 25,000 for each day. In this light there is no denying that the two are getting more than their due and it is not the case of exploiting them. They are dictating the terms of payment and shooting. They coordinate their arrival for shoot and of both come to shooting on the same day it is a bonus for the film makers.

It is good to see that some unknown villagers have become stars. That is the power of cinema. But neither film makers or the star actors should try to over exploit it. It would be nice to see Singri Gowda and Chennegowda act in more films.

But definitely the exploitation of the characters of Century Gowda and Gaddappa must end sooner than later.