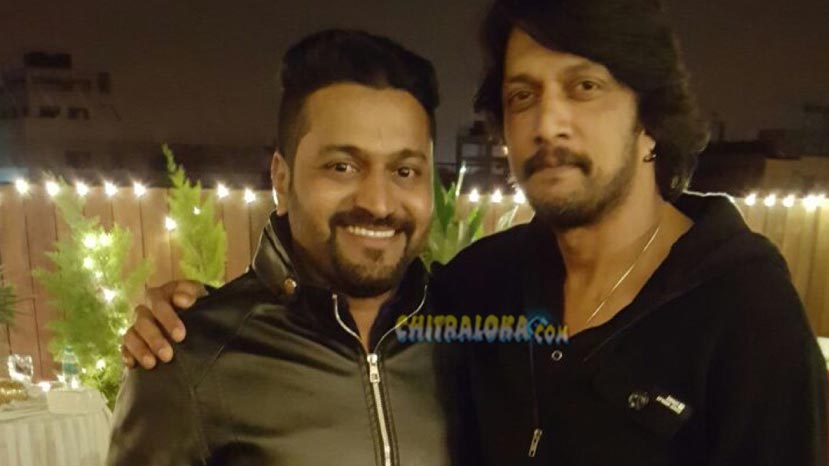 Actor turned director Rishabh Shetty who has just delivered a hit in the form of 'Kirik Party' is all set to direct Sudeep in a new venture. Rishabh Shetty himself has confirmed in the social media that he will be directing Sudeep.