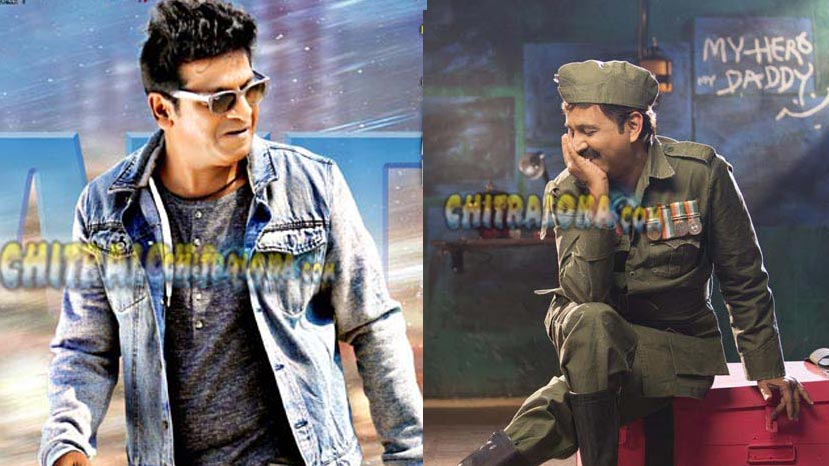 This Friday will witness two prominent and expected films of the season and Shivarajakumar's 'Srikanta' will be competing with Ramesh Aravind's 100th film 'Pushpaka Vimana' on this Friday.

Both Shivarajakumar and Ramesh Aravind have acted together in more than five films.Despite acting in many, none of their films have clashed at box-office so far. This is the first time in both the actors career that their films are competing against each other.

While, 'Srikanta' is a straight subject, 'Pushpaka Vimana' is inspired from 'Miracle in Cell No 7'. Both the actors have pinned their hopes on their respective films and there is much hype surrounded around both the films. Which among the two films will be successful to woo the audience is yet to be seen.