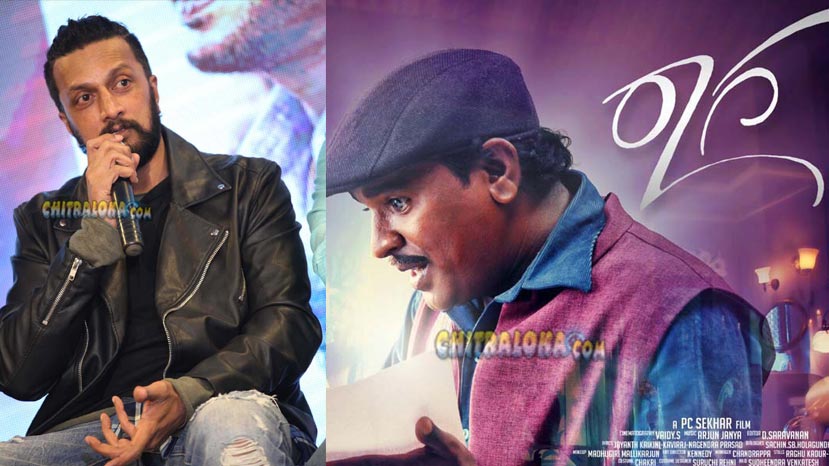 Mithra's new film Raaga will have a voice over by Kiccha Sudeep according to sources. Mithra who is playing the lead role for the first time and also producing the film approached Sudeep who is said to have given his consent according to chitraloka sources.

Sudeep is expected to record his voice for the film later this week. Sudeep is considered a lucky 'voice'. Since his voice over for Krantiveera Sangolli Rayanna his narrative and voice has been much sought-after by film makers. Raaga is directed by PC Shekar and has Mithra and Bhama in the lead roles. Both the lead actors play blind characters in this unusual film.